* In case of any delay in receiving the OTP, you may verify it later. Please proceed without verification.

Enter your City name or Pincode

Chaibasa is an important city of West Singhbhum district of Indian state of Jharkhand. It is also a municipality and the district headquarters of West Singhbhum. According to the scholars, the historical legacy of Chaibasa goes back to the Stone Age as many archeological sites have been found in the city. Besides the historical importance, Chaibasa also possesses religious and natural significance for the state because it is an abode of many worshipping places, water streams, hills, gardens and dams. Consequently, the city witnesses a large number of visitors every year. In fact, many of these travel vacationers come at Chaibasa to also enjoy its tribal dance festivals. Therefore, Chaibasa has gained its fame due to its picturesque locations, forest reserves and the tribal way of living. 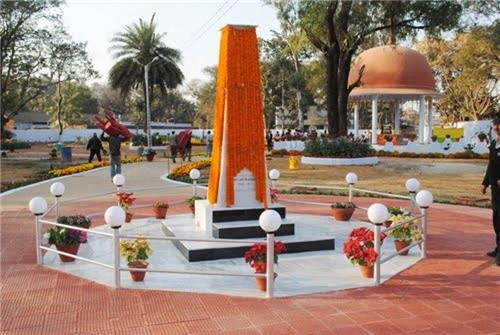 Chaibasa is placed at 22.57°N 85.82°E with an average elevation of 222 meters above the sea level. The city generally has a dry temperature. The summer season here is very hot because the hot westerly winds are blowing to the city and thus the months of May to mid July remain extremely hot. On the other hand, the winter season at Chaibasa comes during November and remains till February. Therefore, the months of December and January are the coldest of all. The people of Chaibasa enjoy highest rainfall in the months of July and August.

The city of Chaibasa boasts of major cement manufactures, especially ACC Cement Works, which form a major part of its economy. A number of local people works at these cement factories. Apart from that, the economy of Chaibasa also consists of mining works, which is done by major companies like Saha Brothers, SR Rungta Group and Thakur Prasad along with many small scale steel manufacturing companies.

The beautiful city of Chaibasa has its own railway station, which is well connected to all the important towns and other cities of the country. The major train route through the city goes towards Jamshedpur and Ranchi. The code of Chaibasa Railway Station is CBSA, which administered by Chakradharpur division of South Eastern Zone. Apart from that, the nearest airport to Chaibasa is Birsa Munda Airport at Ranchi, which is around 145 kms of distance. One can also reach at Chaibasa through bus route as National Highway 75 passes near to the city. Both government and private buses are running through the city and connecting it with major towns of Jharkhand state.

The small city of Chaibasa gives large entertainment for the travel vacationers. It has various tourist spots in the shape of worship places, villages and dams, which can only be enjoyed by staying here for two or more days. However, the most visited tourist places in Chaibasa are Jhinkpani Village, Rungta Garden, Bhoya, Kuju, Manjhari, Tonto, Tantnagar, Kokcho, Khuntpani, Jojohatu and Jubilee Lake. As a holiday seeker, you can embark on to these tourist attractions particularly in the months of between November to March. Read More......................

The awesome destination of Chaibasa allures worldwide visitors with its very exciting tribal festivals. During these festivals, the well trained dancers perform various forms of dance in which the most popular are: Santhal, Matha, Sohrai, Paika, Jhumar, Natua, Chau, Agni and Ghatwari. Some tourists also entertain themselves by tapping their feet with the professionals to these dance forms. Beside, the culture of Chaibasa is also recognized by various handicrafts items and souvenirs made by the tribal people here.

A wide range of hospitals and clinics are located across the Chaibasa city in which all the health care problems are being solved. The hospitals have professional doctors who are well qualified in doing the treatment of various medical problems. The major hospital of the city is District Hospital Chaibasa, which also has a sub-divisional hospital in Chakradharpur. People here also take treatment at many dental clinics, eye clinics, diagnostic centers and other related health centers of the city.

As a traveler, you can make your trip to Chaibasa more entertaining by doing some shopping activities here. However, there is no shopping mall in the city but you can purchase your desired thing at the various weekly markets here. From garments to accessories or from jewellery to automobile, all the shopping items with affordable rates are available to buy at these markets.

During your tour to Chaibasa, don’t forget to savor some of the best varieties of local cuisine served at many restaurants. These dining places, such as the Amrapali and Annapurna Restaurant, offer different range of cuisines that will definitely satisfies every taste of people. They have excellent eating arrangements for breakfast, lunch and dinner in which both local and international food items are being served. However, several new restaurants have been constructed in and around the city.

Chaibasa, an important city in Jharkhand, has exceptional utility services which are utilized by its local people. There are plenty of banks and their branches spreading across the city in which individuals can take benefit of their various banking services. Besides that, these banks have also placed their ATMs at almost all the localities of the city. Furthermore, the place of Chaibasa has its own main Post Office along with sub offices and many branch offices at the major areas of the city.

The city of Chaibasa always takes care of its visitors and thus it has wonderful accommodation arrangements for them. There are two budget hotels located within the periphery of the city and these are Akash Hotel and Annapurna Hotel. They have excellent hospitality services for the guests, which can be experienced at their sumptuous room amenities. By staying at their affordable rooms, you can enjoy amenities like colour television, private bedroom, housekeeping staff and many more. Dining and banquet facilities are also provided at these wonderful properties.

Comments / Discussion Board - About Chaibasa